September 15 to October 15 is officially designated as National Hispanic Heritage Month here in the U.S., a time reserved to celebrate the contributions of the Latin American world. We honor Hispanic Americans, their families and their cultures by enjoying and rediscovering the gifts that Spain, Mexico, the Caribbean and the Americas have brought us. From art to food to literature to ideas, the U.S. is enriched and enlivened by the contributions Hispanic Americans have made. City Line Florist celebrates this month by highlighting one contribution in particular, the dahlia.

The dahlia is Mexico’s national flower, and for good reason. It grows beautifully there, especially in the mountainous areas, where the air is cooler and the altitude higher. This striking and distinctive flower was a favorite of the Aztecs, who incorporated it into ceremonies and rituals. Mexico’s unusual native bloom was eventually brought to Madrid by the conquistadors, where it flourished as well. Our Seaside Oasis design reflects the intricate appeal of this flower, and how each one seems singular. Set off by bright yellow roses and fern, dahlias command attention and add texture. 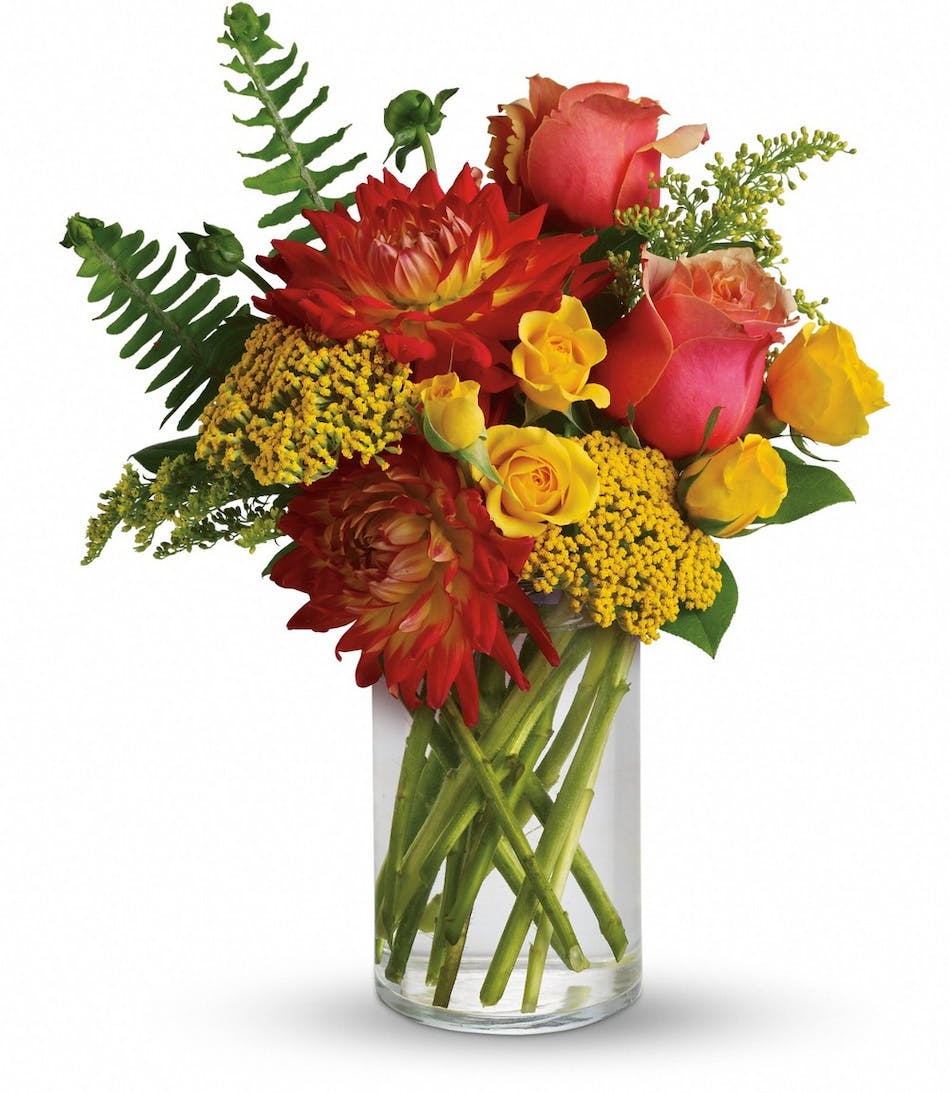 Spend this month honoring the cultures that have given us so much. If you want to do that in flowers and plants, bring home a bright mix of dahlias, sunflowers, Ecuadorian roses, anthurium, marigold, gladiolus, orchid and much much more. Our floral landscape just wouldn’t be the same without these Latin American natives.